One of the worst things you can say about beauty", claims Stefan Sagmeister, "is that he is in the eye of the beholder". [...] Most designers claim they have no interest in it and now days you can look through many books devoted to architecture without encountering this term even once. "
In "History of Beauty", Umberto Eco seeks to illuminate the differences between periods. For "beauty," he explains, "has never been an absolute and unchanging value, but rather has changed and shifted according to a historical periods and a given geographical locations".
Indeed, it is possible to identify and learn about the different approaches and the change that took place in relation to beauty, by observing the projects presented in the various graduate exhibitions.

In the sixth century BC the Greeks linked mathematics, natural sciences and aesthetics. Pythagoras and his school argued that numbers can reflect order because they apply mathematical laws that are necessary for beauty. Last year it was Denis Bunin who examined the mathematical relationships that dominated the typographic forms, he created a geometric, Sans Serif style font called Teorama at Department of Visual Communication at Bezalel.
The uniqueness of the font developed in three weights is that it is based on the proportion of the golden ratio: each size is double the previous size at 1.618 which is the golden ratio. Bunin believes that keeping these proportions can ensure harmony and readings of large and small writing. 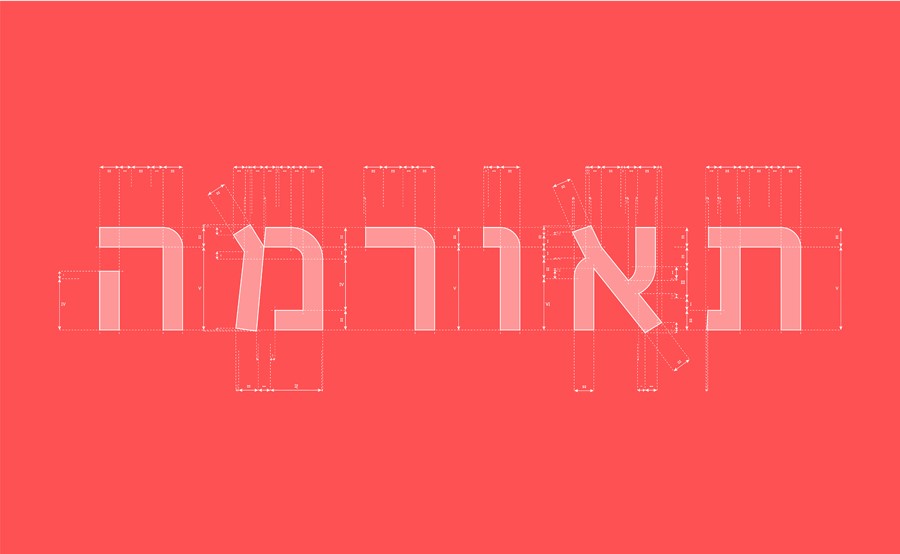 In the Middle Ages, philosophers, theologians, and mystics hardly dealt with beauty to discuss feminine beauty. As devout church people they had to follow the moral rules of the time and speak up against issues that were related to sex and desire.
However, they had to deal with and interpret Biblical texts such as that of the Song of Songs, which includes a series of poems describing love between a man and a woman. These poems were usually interpreted allegorically: in Judaism they served as a parable for the relationship between the Israelites and God and in Christianity the represented Jesus' relationship with the Church.

One of the projects that chooses to discuss the concept of beauty directly and in connection with Song of Songs is "Beauty in the Song of Songs" by Nofar Gard, a graduate of the Department of Visual Communication at The WIZO Academic Center in Haifa.
The Bible, explains Gard, refers to beauty in an ambivalent way - on the one hand, admiration for the natural is displayed, and on other hand, man's helplessness to resist it is emphasized. If you look at the way in which the tree of knowledge is described in Genesis, it is apparent that the biblical writer chooses to emphasize the appearance of the tree: "The tree was good for food and pleasing to the eye..." (Genesis 3: 6). This is an attempt to explain why Eve was tempted to eat from it.

As opposed to this, descriptions of beauty without any criticism or parable can be found in the Song of Songs, explains Gard. For her project, she chose to extract phrases that describe beauty in the Song of Songs and categorized them according to the letters of the alphabet, thus creating a "pool" of beauty-related phrases with which she could design and decorate the initial letters.
The illustration of the letters was done using a technique of linoleum printing and each letter was illustrated according to the expression from which it was taken: for example, the letter "Aleph" in the grape cluster (Eshkol - אשכול), and the letter "Shin" in the word roses (Shosanim - שושנים) - while the illustration technique was based on an artistic print, the illustration style was influenced by the style of art nouveau, which was also inspired by natural images.

Beauty in the Song of Songs. Nofar Gar

More than one model of beauty can be found in a certain historical period. For example, in the middle ages, alongside the confrontation with the representation of divine beauty, one could also appreciate the beauty of the machine. This was an appreciation not of the hidden mechanism that activated it, but of its form as well, regardless of the degree of usefulness it exhibits [2]. Sharon Scheyer, a graduate of the Department of Ceramics and Glass Design at the Bezalel Academy, chooses to expose machines mechanisms and to explore several locking mechanisms in her work "Do not Touch": a combination lock that is opened by combining three or four numbers, the classic key mechanism and a hanging mechanism.

The formal changes that occurred in locking mechanisms are relatively minor, explains Scheyer. They are usually covered with a sealed metal shell that is also supposed to make it harder to break into them. Scheyer chose to convert the solid metal into a glass molding, which creates transparency. The choice of material identified as breakable and static reveals the complexity of the mechanism and its aesthetic qualities. Another step taken by Scheyer which contributes to the emphasis of the aesthetic aspect of the apparatus is her conscious decision to treat the locks as a sculptural object and not to allow for an operation or a break-in, even though they are completely functional. 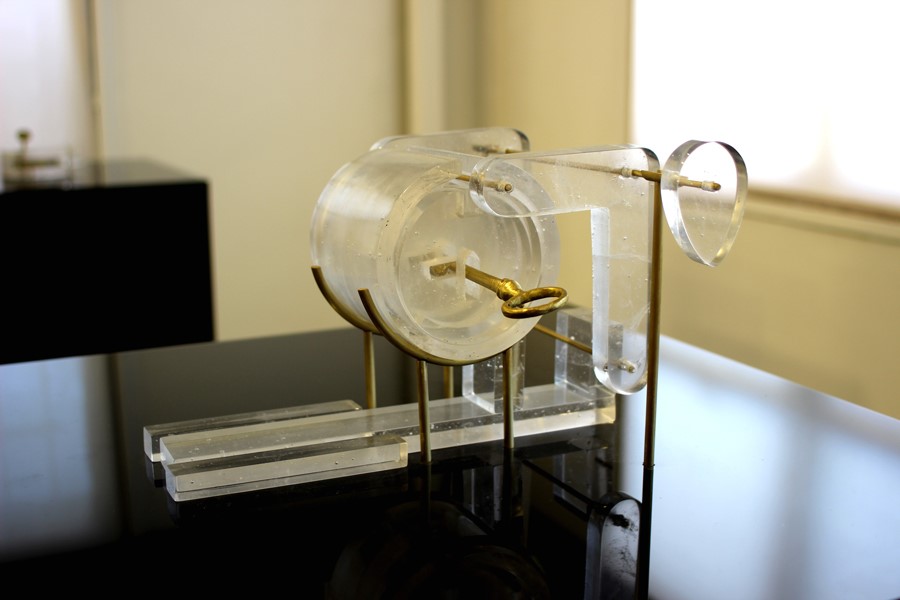 It seems then, that beauty can be based on mathematical principles or evolve from technological changes. The 20th century, according to Eco, demonstrates a return to matter and its meanings.
This does not mean that in the past artists did not recognize the quality of the material with which they worked, but they believed that "beauty is born only after a certain idea is imposed on matter". That is, the "technical" visual interpretation is of secondary importance.

As a response to this perception, the material has been re-evaluated: Beauty is not only a spiritual matter from now on, but it is closely related to the sensory world through which one can smell, hear, touch, and maintains a constant process of change, decay, erosion and development. [3]

The project "Between me and Myself", developed by Lital Goldenberg, a graduate of the department of Jewelry design at The Arts Institute at Tel Hai collage, chooses to address the tension between protection and exposure, the hidden and the invisible, and between the casing and the core. This is done through material and structural research conducted in regards to the transparent qualities that an ordinary plastic bag can produce. For Goldenberg's craftwork, which is essentially a combination of materials, light is mobilized as a raw material that stands in line with nylon, silver and copper - a jewelry design process that succeeds in turning the ordinary into the poetic. 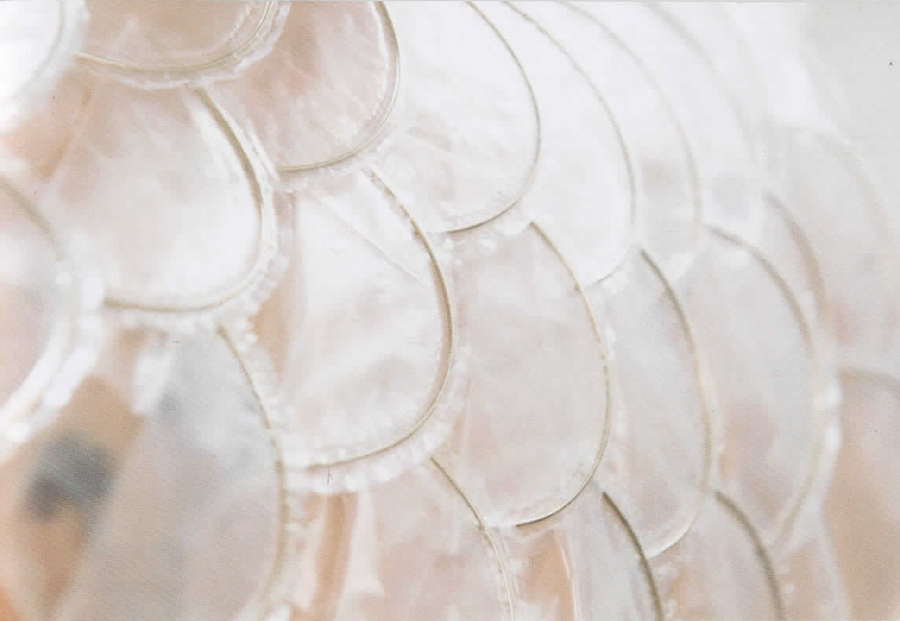 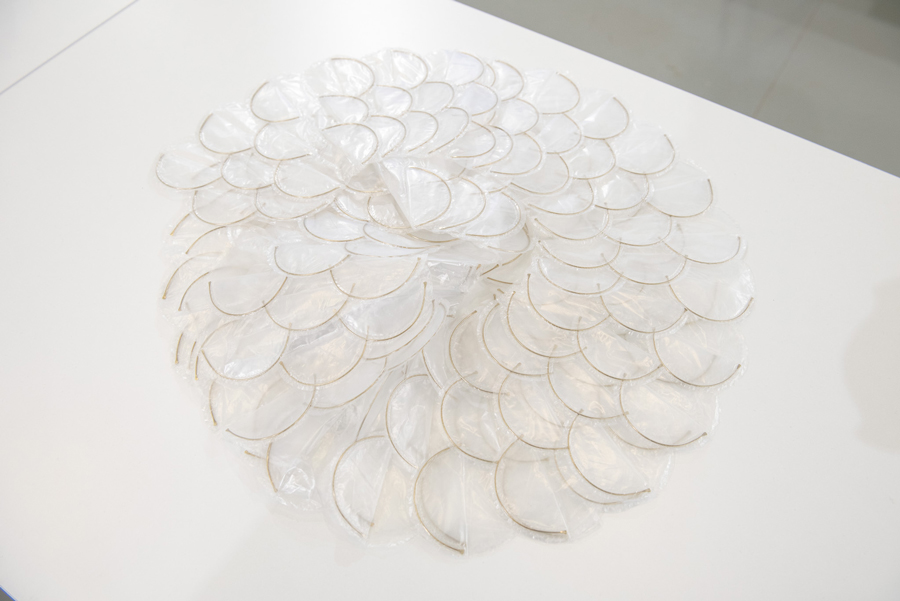 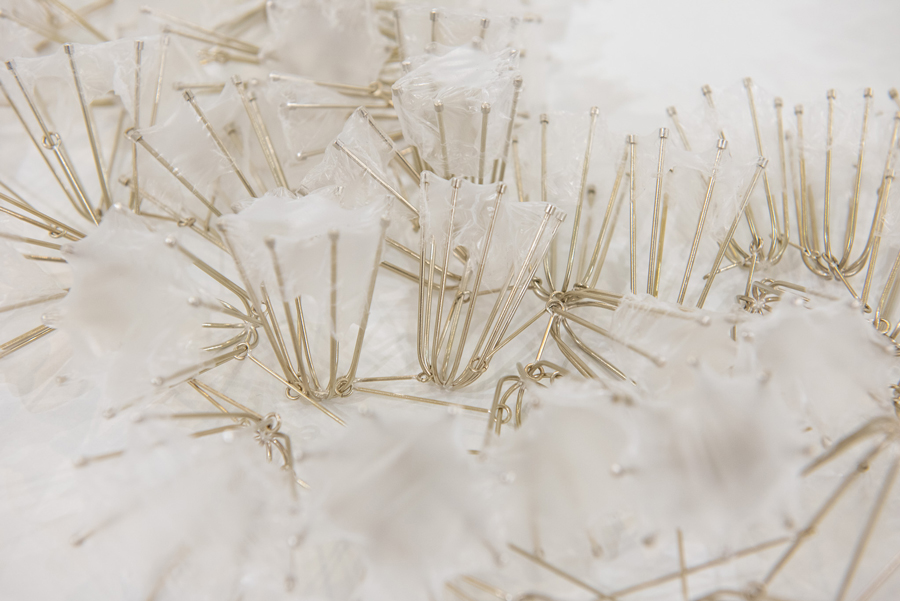 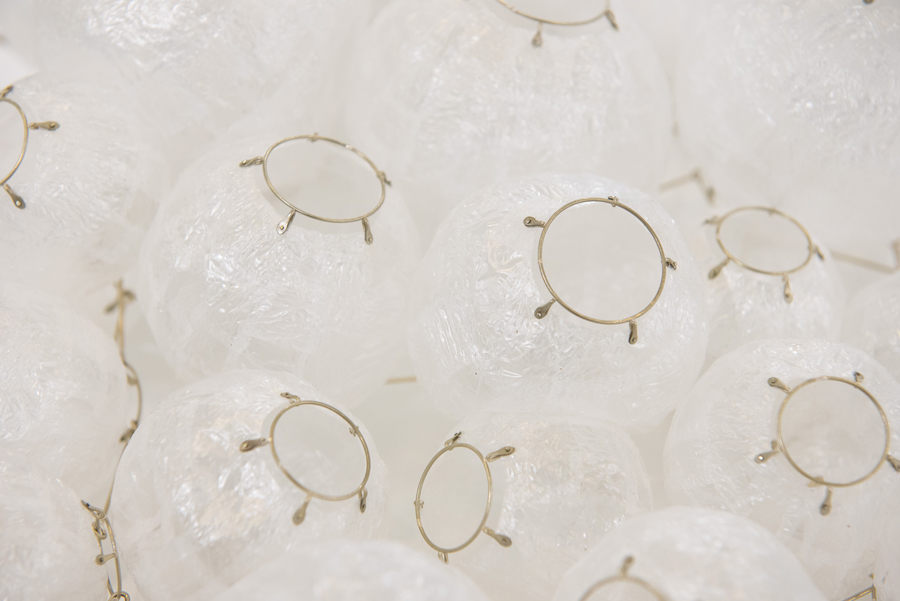 Between me and myself.  Lital Goldenberg. Photography: Yaeli Gavrie

It is apparent then, that beauty, as Eco refers to it, has many facets. It is surprising to discover that it is Sagmeister, who over the years has proposed a different aesthetic veering from the norm - embodied in the choice of blunt images, and ugly materialism as natural strangeness - chooses to adhere to an approach that seeks to determine set criteria through which it can be determined whether something is beautiful. This may remove personal responsibility, but also eliminates democratization, which allows anyone the power to determine what is beautiful.


This is an approach that sanctifies a uniform, universal beauty, paints the world in black and white, and unites the multitude of colors that exist between the ugly and the beautiful. Perhaps even more than it tries to determine what is beautiful? It seeks to make clear who decides something is beautiful.